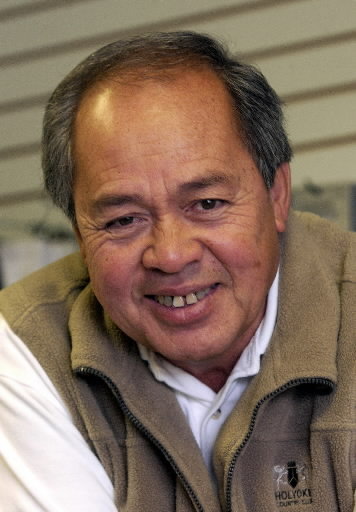 The native of Samoa left his mark as a respected teaching professional for more than 30 years in Western Massachusetts; longtime club pro at Holyoke CC, retiring in 2013 after 27 seasons there; started in business at the old Oxford CC in Chicopee in 1980; currently working as teaching pro and high school coach at The Ranches GC in Eagle Mountain, Utah, where son Tele is head professional; lives in Lehi, Utah; Western Mass. Tee Party honoree in 2003; known for passion for and interest in junior golfers; earned PGA of America Class A status in 1989; emigrated to U.S. in 1967, turned professional two years later; married to wife Lynn since 1972, with children Tele, Juli and Sara; grandfather of 11; Tele and Juli played on Canadian and Futures tours, respectively; love of Polynesian music landed him a part on movie set with Elvis Presley and on TV talk shows with Andy Williams, Bob Hope and Mary Tyler Moore.